LEGO Speed Champions Design Lead Chris Stamp has revealed why the brand new McLaren Solus GT is 2023's 'most unique build experience'. Among all the LEGO Group's themes, Speed Champions perhaps offers the best builds for your money: even following last year's price increases, each of its individual cars comes in at just GBP19.99 / £24.99 / EUR24.99, while 2023's only double-pack - 76918 McLaren Solus GT & McLaren F1 LM - will retail for GBP39.99 / £34.99 / EUR44.99 when it arrives in March. That purchase typically buys not only a cool and densely-built car (or two), but one of the most engaging build experiences around, as the Speed Champions design team twists and turns LEGO elements in novel ways to achieve incredible angles across its line-up.

We're expecting more of the same from the March 2023 wave, which includes four new sets in total.

Those expectations are in place partly because of previous sets in this theme, but also because Speed Champions Design Lead Chris Stamp is already doing a great job at talking up the cars to come. Chief among those is the McLaren Solus GT, a hypercar originally inspired by a video game concept design, which promises to rewrite the rulebook for LEGO Speed Champions in more ways than one. "What's super cool about this car - as well as it just being a fantastic opportunity to work with McLaren again - is it's nine [studs] wide, which sounds cool but was a very big headache in the Speed Champions garage," Stamp told YouTuber RacingBrick. 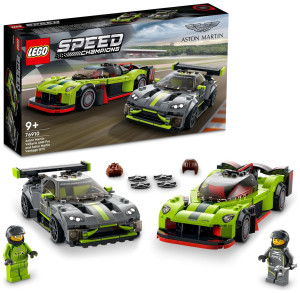 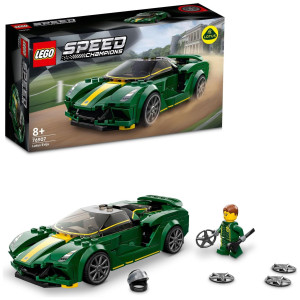 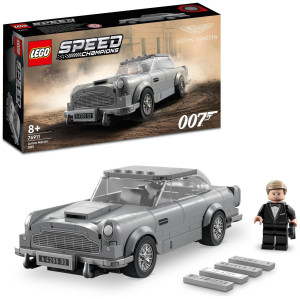 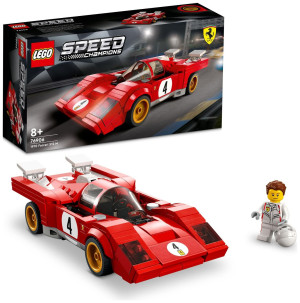 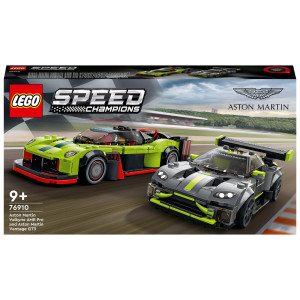 "All of our cars are in scale with each other, so it had to be nine-wide, just like with 76906 1970 Ferrari 512 M - that was nine at the back [and] eight at the front; that's how the real car was. This car is a lot wider in real life than for example the F1 or some of the other hypercars, so it had to be nine-wide. And what that allowed [us to do], just like with the [Aston Martin Valkyrie AMR Pro] last year, was to completely rethink the build system."

As you can probably imagine, opportunities and challenges seemingly come hand in hand for the LEGO Speed Champions team.

Where the Solus GT opened doors, it also placed obstacles in the way, prompting the designers to get especially creative - and from those problems emerged solutions old and new, leading to what Stamp claims will be 2023's stand-out build in Speed Champions. "We've taken a few learnings from the F1 last year or the Valkyrie, and we're using wheelbases sideways again," Stamp continued. "There's a lot of Technic in here as well, so that you can start getting wheelbases offset and different things. That caused a lot of questions when you're building the whole model, and that's why I'm so excited, because this year, this is our most unique build experience.

"To continue the transitions around the back where you've still got a little bit of a fin sticking out but everything else needs to be perfectly clean, that allows us to use a brand new element in the LEGO family. Speed Champions can't take credit for this; this was another team, but this allows us to use this brand new 1x3 plate with the curved ends and the hollow studs so that we can rotate the pieces into the correct position. "And if you liked what we did last year with the Mercedes AMG One, where we took an airplane fin and rotated it in a 55-degree and then 23-degree angle, we've done the same thing again here - but in a completely different way with different elements to offer you a completely new Speed Champions experience."

That new approach to old problems continues around the back of the car, where the Solus GT's tail lights employ an alternative solution to the one devised for 2019's 75892 McLaren Senna. It adds up to a car that Stamp reckons is not just ground-breaking for 2023, but for the LEGO Speed Champions theme as a whole.

"What we've tried to do is offer a completely different model to anything else not just this year, but anything in the past [from] Speed Champions," he added. "I'm really excited to see what you guys tell us about this one and if you think we've done it justice."

If that sounds promising, you'll be able to get your hands on the Solus GT as part of 76918 McLaren Solus GT & McLaren F1 LM when it arrives in stores on March 1.

Check out all of this year's Speed Champions sets in the table below.

Every LEGO Speed Champions set confirmed for 2023 so far