This is a model of the famous English Lake District made from 200,000 pieces of Lego.

The plastic landscape is 100 sq ft - to imagine how big that is, it's about the size of 250 computer tablets put together.

The Lego Lake District was built by Jon Tordoff, who made the structure during the pandemic at his home in Milford in Derbyshire. 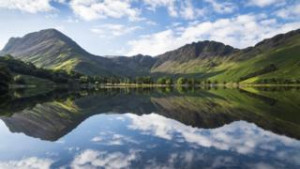 Jon says he started building the model with the aim of recreating Buttermere, his favourite spot in the Lake District.

"It's tranquil, unspoilt - there's only one road that takes you there - I love the towering fells, the woodland and waterfalls," he said.

However, Jon didn't stop there, he carried on adding to the landscape because he said he found it relaxing. 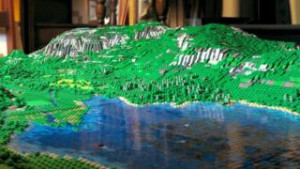 After Christmas, the model was moved from Jon's cottage to go on display at a local library not far from where he lives - it's now been seen by hundreds of people from all over the country.

"It was pretty solid both days with people crowding in to see it," said Mr Tordoff.

"One or two came quite a way to see it so that was quite nice," he added. 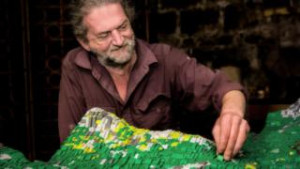 Mr Tordoff adding to his model

Jon says he wants to carry on adding to the model, building more of the Lake District scenery.

An online donations page has been set up to help cover the cost of additional Lego pieces.

What's the biggest thing you've ever made or built from toy or gaming bricks?

Let us know in the comments.