Rumour has it that the long-awaited LEGO Harry Potter Gringotts set is finally on the way this year, so here are six things we need to see from the cornerstone of Diagon Alley. Said to be arriving later this year for the eye-watering sum of £429.99, 76417 Gringotts is the set most Potterheads have been clamouring for since 75978 Diagon Alley launched in 2020. That 5,544-piece rendition of the magical shopping street includes a mix of iconic and obscure wizarding emporiums, but misses out its gleaming, goblin-staffed bank. 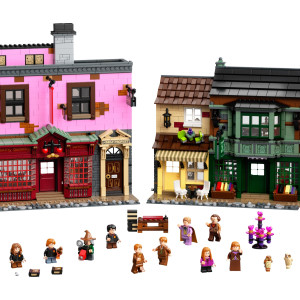 Our last minifigure-scale rendition of Gringotts actually came all the way back in 2011 with 10217 Diagon Alley, and it's fair to say design standards and practices at the LEGO Group have moved on a bit since then.

With that in mind - and with one eye on the wider Wizarding World line-up - here's everything we need to see from this year's rumoured LEGO Harry Potter flagship set. 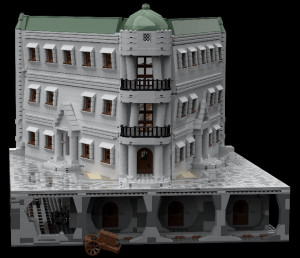 While 75978 Diagon Alley spreads its piece count across four 16x32 baseplates, offering a shallower take on the Modular Buildings Collection at ground level, any Gringotts build worth its salt needs to take things below the surface. Quite how that might work with the existing Diagon Alley model remains to be seen, but if anyone can figure it out, it's the LEGO Harry Potter team... 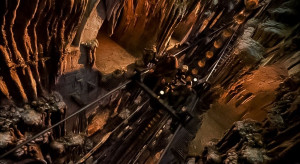 And here's why going underground is a must: all of Gringotts' vaults are accessed by means of a mine cart on rails, which any LEGO set of the wizarding bank can't ignore. Or any modern version, anyway - 10217 Diagon Alley managed to leave it out, and only to its detriment.

With a much bigger budget to play with here, we're expecting something seriously impressive.

Gringotts features most heavily in two Harry Potter films: the Philosopher's Stone and the Deathly Hallows: Part 2. We've had plenty of sets and characters from the former, even in 75978 Diagon Alley, so it's time for the Deathly Hallows to shine in 76417 Gringotts. That's in part so we can get brand new and exclusive minifigures, including Ron and Hermione in their disguises as Dragomir Despard and Bellatrix Lestrange. (Okay, that would probably just be another Bellatrix minifigure, but you can't have too many of those.) 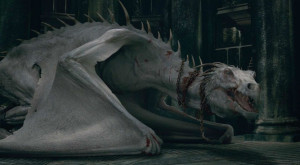 Anchoring a LEGO Gringotts set around the Deathly Hallows would also allow the Harry Potter team to include the Ukrainian Ironbelly, on which the trio make their escape from the bank at the beginning of Part 2.

According to the Harry Potter Wiki, the Ironbelly is said to be the largest species of dragon in the world, so it would make for a formidable beast in LEGO form.

What's a bank without vaults to store its gold and treasure? We last saw a LEGO incarnation of Gringotts' guts in 2002's 4714 Gringotts Bank, and in tandem with the rails and mine carts beneath the bank's surface, at least a couple of vaults are surely mandatory for the rumoured new set. One of those could of course be Bellatrix's vault, in which Harry, Ron and Hermione retrieve Helga Hufflepuff's cup - one of Voldemort's Horcruxes - while we'd also like to see Vault 713, from which Hagrid collects the Philosopher's Stone.

Maybe the set could be based on (and include characters from) both movies? 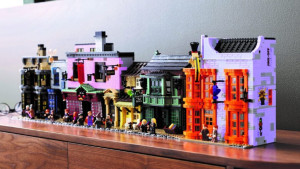 Above all else, 76417 Gringotts needs to be compatible with 75978 Diagon Alley: if it's not, we might as well pack up and go home now. The rumoured price tag for the bank does raise a couple of questions over its potential compatibility, though - namely, if one 16x32 building in 75978 Diagon Alley costs roughly £112.50 (dividing its RRP by four), how can Gringotts alone command nearly four times that price tag? One method we can see of demanding that budget while maintaining compatibility is through an extended subterranean level, which runs beneath the entirety of 75978 Diagon Alley - with multiple vaults - and is topped at one end by the bank.

It might not make for the most interesting build, but paired with 75978 Diagon Alley, it would be an incredible centrepiece to any LEGO Harry Potter collection. Remember, we don't yet have confirmation that a new LEGO Harry Potter Gringotts is happening at all - it's only rumoured for now - so treat everything around such a set lightly until the LEGO Group officially unveils it. You can check out the full picture for LEGO Harry Potter in 2023 (as it stands right now) in the table below.

Every LEGO Harry Potter set confirmed and rumoured for 2023

Support the work that Brick Fanatics does by purchasing your LEGO sets using our affiliate links, and read more about the wider issues surrounding LEGO Harry Potter.