Every LEGO Ideas set retiring in 2023 and beyond – January

Five LEGO Ideas sets are currently scheduled to retire in 2023, including one that's only just landed on shelves - and is already heavily discounted online. Following an immediate price cut to the tune of 30% off its RRP, the final nail in the coffin for 21337 Table Football - a set that almost never made it to shelves - is that it's destined to retire only 13 months after launch. That's according to Brick Fanatics' sources, which also state that four other LEGO Ideas sets will be leaving production by the end of this year.

Among those are the seminal 21325 Medieval Blacksmith, the biggest LEGO Castle set to date (behind last year's 90th-anniversary 10305 Lion Knights' Castle), and 21331 Sonic the Hedgehog - Green Hill Zone, which is rumoured to have heralded the launch of an entire LEGO Sonic theme later this year.

Every other LEGO Ideas set, meanwhile, is said to only be hanging around until the end of next year. That includes 21318 Tree House, a set that's had its retirement date pushed back more than once, and will now spend at least six years in production. That's proof - if it were needed - that these dates are subject to change, and likely will over the course of 2023, so keep an eye on Brick Fanatics for updates throughout the next 12 months.

And remember that these aren't firm retirement dates: sets can and will sell out weeks or even months in advance. 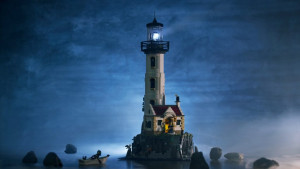 Support the work that Brick Fanatics does by purchasing your LEGO Ideas sets using our affiliate links.